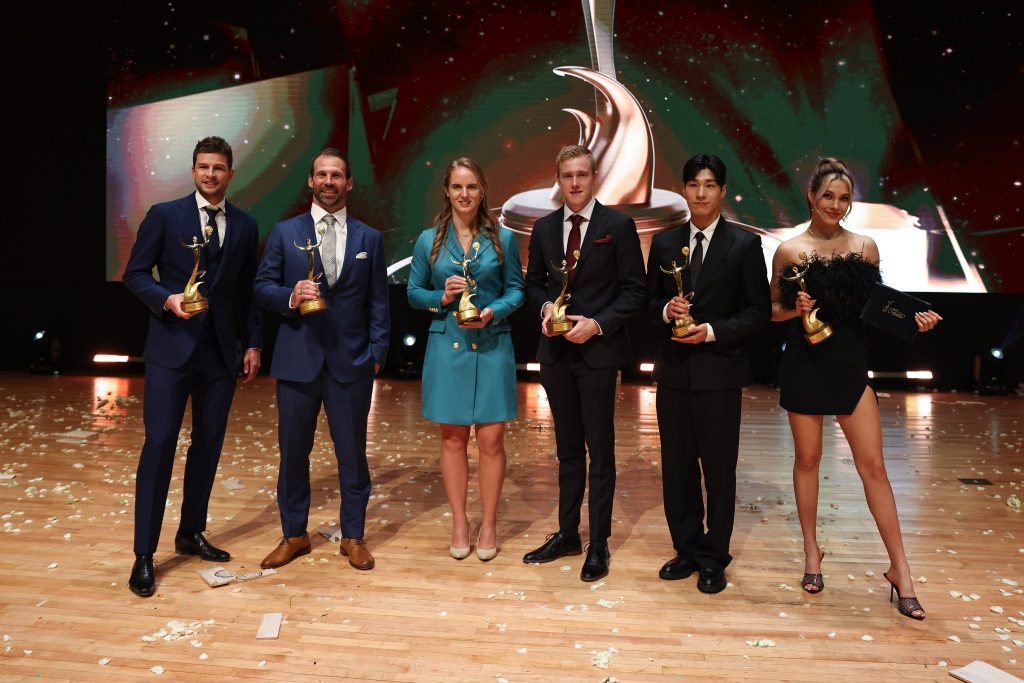 A spectacular ANOC Awards 2022 took place tonight in Seoul at the COEX Convention Centre as the very best athletes and NOCs from Beijing 2022 were recognised for their outstanding performances.

The best female and male athletes, as well as the best female, male and mixed teams were honoured, whilst an outstanding sporting career was announced. Finally, there were awards for the outstanding National Olympic Committee (NOC) of Beijing 2022 and for individual contribution to the Olympic Movement.

The ANOC Awards winners for 2022 are:

The awards were attended by representatives from more than 180 NOCs as well as many other Olympic Movement stakeholders. Athletes, NOCs and International Federations were all actively engaged in the ANOC Awards across all social media platforms throughout the evening, as the global celebration demonstrated how shared sporting values continue to unite different countries and cultures.

The ceremony was broadcast live on the ANOC YouTube channel.

The winners of each award were selected by the ANOC Jury, comprised of representatives from each of the Continental Associations, the ANOC Athletes’ Commission Chair, AIOWF President and ANOC Secretary General.