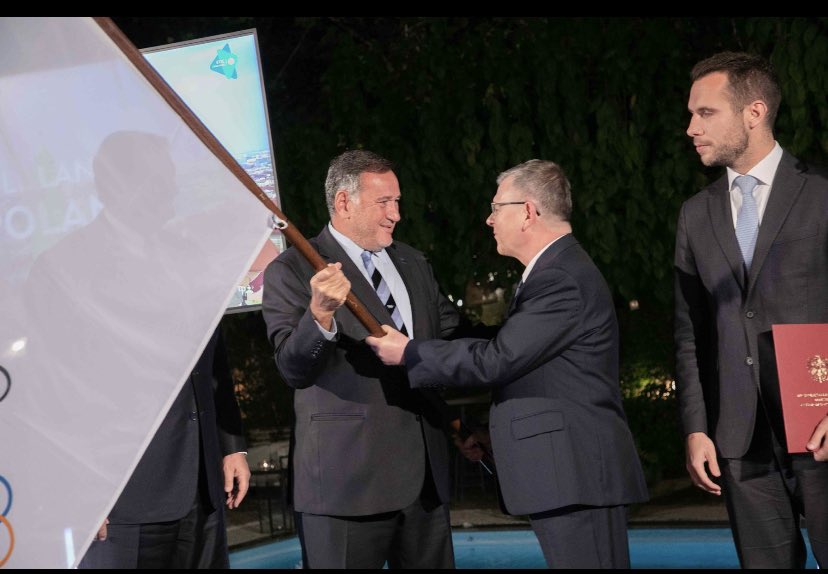 Poland officially became hosts of the 3rd edition of the European Games here today in a highly symbolic Flag Handover Ceremony under the Games slogan: We Are Unity.

In addition, Chair of the EOC 3rd European Games Coordination Commission and EOC Executive Committee member Hasan Arat, the President of the Polish Olympic Committee and EOC Executive Committee member Andrzej Kraśnicki, and the President of the European Games 2023 Organising Committee Marcin Nowak were also present at the ceremony. President Capralos began the ceremony by thanking President Kraśnicki and his team for their hard work and commitment during the pandemic to prepare for the Games.

Capralos said: „I would like to thank President Kraśnicki for his tireless work to ensure that the European Games of Krakow Malopolska becomes a reality under the slogan, We Are Unity. Much hard work remains, but I have no doubt together we will deliver the event that our best athletes deserve, after the difficult years we have all known. With peaceful sport competitions bringing together athletes from across our great continent, hosted in an EU country, our hope is that the Games will be a powerful symbol of unity.”

President Kraśnicki said: „Today is a historic moment for the Polish Olympic Community and the European Olympic family, as we prepare to come together for what we hope will be a memorable European Games. It is an honour to have this ceremony take place at the birthplace of the Olympic Movement. I am confident that the Games will emphasise the true meaning of the Olympic Values of excellence, friendship and respect, and that our athletes will enjoy their experience in Poland.”

Hasan Arat added: „The European Games 2023 will feature more Olympic qualification events than previous editions and will act as a springboard to the Olympic Games Paris 2024. On top of this, through our partnership with the EBU, it will be broadcast in every household in Europe, giving us the opportunity to show European solidarity and unity through sport.”

The ceremony was preceded by a Gala Dinner that was held at the Touris Club, where the Mayor of Ancient Olympia George Georgiopoulos gave an emotive speech to mark a special occasion in the European Olympic calendar.

The European Games Krakow-Malopolska 2023 will take place from 21 June to the 2 July 2023. Poland will host the biggest multisport event in the continent and will welcome around 8,000 athletes and 8,000 volunteers.