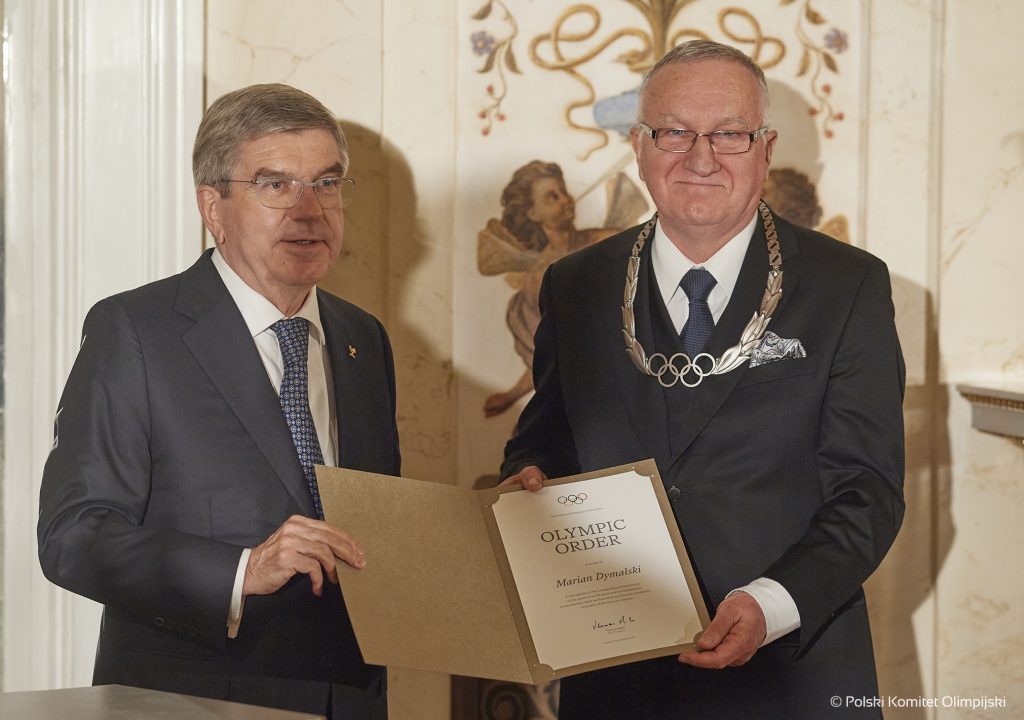 The Palace on the Isle – a historical heritage and pride of Warsaw – was full of distinguished guests, who came for an award ceremony of Marian Dymalski. The Board Member of the Polish Olympic Committee received the highest award in the International Olympic Movement – the Olympic Order – handed by Thomas Bach himself. The Olympic Order is the token of immense contribution to the development of sport.

Mr Dymalski is an experienced sport official, being one of the founding fathers of the European University Sport Association (EUSA) more than 20 years ago; he is a long-term board member of the International University Sport Federation (FISU), currently holding the seat of its Vice-President.

In Poland, Marian Dymalski is known as a Board Member of the Polish Olympic Committee and the Vice-President of the Polish University Sport Association (AZS). His experience is also applied in Wroclaw airport, where he is the chairman of the supervisory board and at Wroclaw Academy of Physical education, where Mr Dymalski is a member of the university council.

Within many years of his work, Marian Dymalski has brought to Poland and successfully implemented many international sport projects, run under the umbrella of such international federations as FISU, TWA (the World Games Association) and EUSA.

“I am very touched by this recognition. It is a great honour for me. Now I am inspired to work even harder”, – said Mr Dymalski on receiving the Order.

Many politicians came to congratulate Mr Dymalski on this award. There were, among others, the Minister of Sport Kamil Bortniczuk, the Member of the European Parliament Tomasz Poreba, the President of WADA Witold Banka, the Rector of Warsaw University and President of AZS Prof. Alojzy Nowak.

The President of the Polish Olympic Committee, Andrzej Kraśnicki, emphasised that this award is very important to Poles and thanked President Bach for this honour.