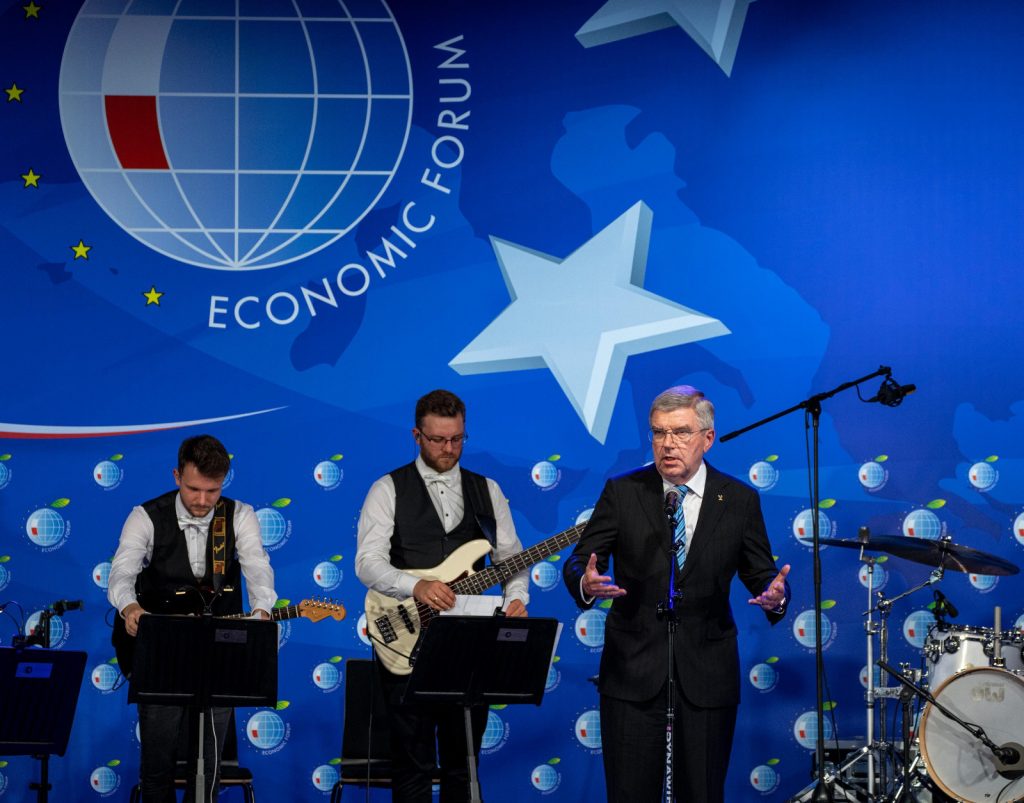 The IOC President, Thomas Bach, was in Poland on Tuesday to receive “The Special Prize 2022” from the Polish Economic Forum at its meeting in Karpacz, in the presence of the Polish Prime Minister, Mateusz Morawiecki, and the Prime Minister of the Czech Republic, Petr Fiala.

The prize was given in recognition of the IOC’s peace-building work and the reforms carried out under Olympic Agenda 2020 in the fields of good governance, sustainability and climate change. The IOC’s work for refugees was highlighted, including the creation of the Refugee Olympic Team for the Olympic Games Rio 2016 and the establishment of the Olympic Refuge Foundation, which now runs projects across four continents. The IOC’s peace-building efforts were singled out for particular praise, in North and South Korea, Ukraine, Armenia, Azerbaijan, Serbia, Kosovo, Israel, Palestine, Iran and many others.

Accepting the prize, President Bach said: “This award belongs to the entire Olympic Movement, because without the support of so many people around the globe, our mission to make the world a better place through sport could never be accomplished.”