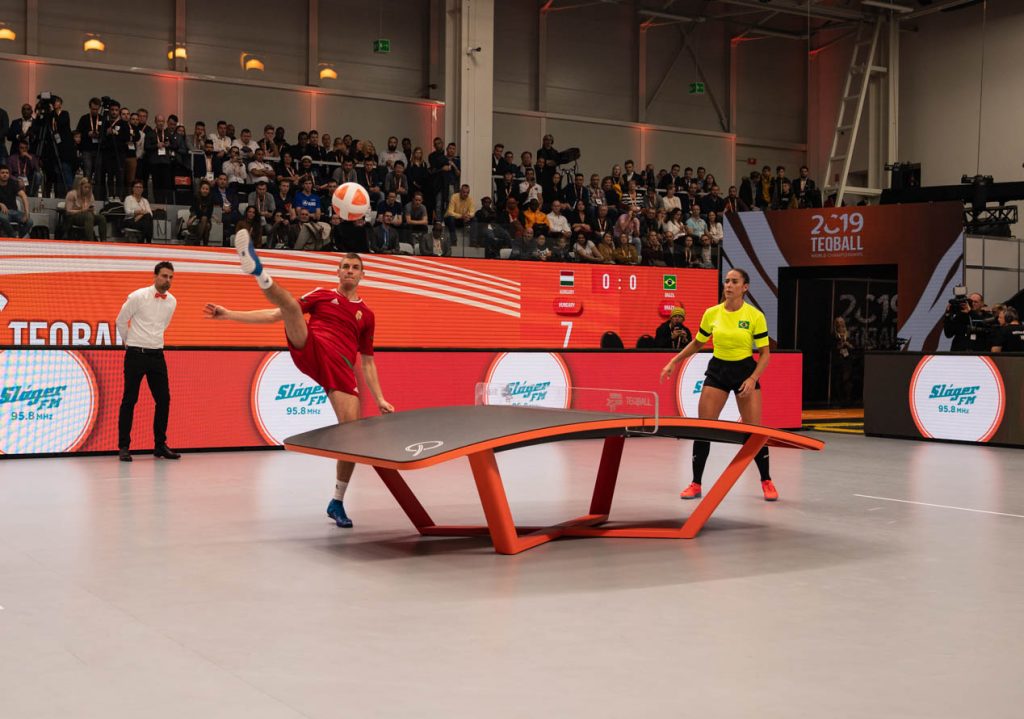 Teqball, billed as the world’s fastest growing sport, will join the 15 sports already announced for the European Games 2023 in Kraków-Małopolska.

The European Olympic Committees (EOC) today announced an agreement with the Fédération Internationale de Teqball (FITEQ) that will see teqball included for the first time in the programme of the European Games.

Since the creation of teqball in 2012, Poland has staged numerous teqball competitions and the sport has proven popular across the country.

Teqball’s inclusion on the programme for the European Games is another positive step forward for the rapidly growing sport. A football-based sport played on a specially curved table (the Teq table), teqball is attracting a new generation of athletes and amateur enthusiasts known as teqers.

National Teqball Federations in Europe will have the opportunity for their athletes to compete in men’s and women’s singles and doubles, as well as mixed doubles at the Games. A maximum of 70 teqball athletes will compete.

Following the recent announcement of padel onto the sports programme for the Games in 2023, the inclusion of teqball signals further innovation by the EOC to create a diverse and interesting programme of Olympic and non-Olympic sports.

Chair of the European Games Coordination Commission Hasan Arat (TUR) praised the innovation of the sport. “Teqball is a sport based on skill, concentration and stamina. It is creating a new breed of athlete and we are very pleased to welcome the sport of teqball onto the programme for the Games in 2023 and FITEQ into the EOC Family. Once again we are showing our willingness to give new sports a platform alongside our Olympic sports.”

“This is a special day for the teqball family. Our sport was born in Europe – a continent which has been at the heart of our global growth since then and to be part of the most prestigious European sports event is huge honour for everyone associated with our sport. We’re grateful to the EOC, the Polish Olympic Committee and the Organising Committee and we believe our youth-focused and gender-equal sport can bring a unique perspective and add real value to the Games in 2023 as a medal sport.”

The European Games are the continent’s premier multisport event for elite athletes and are held every four years. Teqball is the 16th sport to be announced for the Games in Kraków-Małopolska and joins 3×3 basketball, archery, badminton, beach handball, boxing, canoe, cycling, karate, modern pentathlon, muaythai, padel, shooting, sports climbing, taekwondo and triathlon as sports already on the 2023 programme, with more set to be announced in the coming weeks.