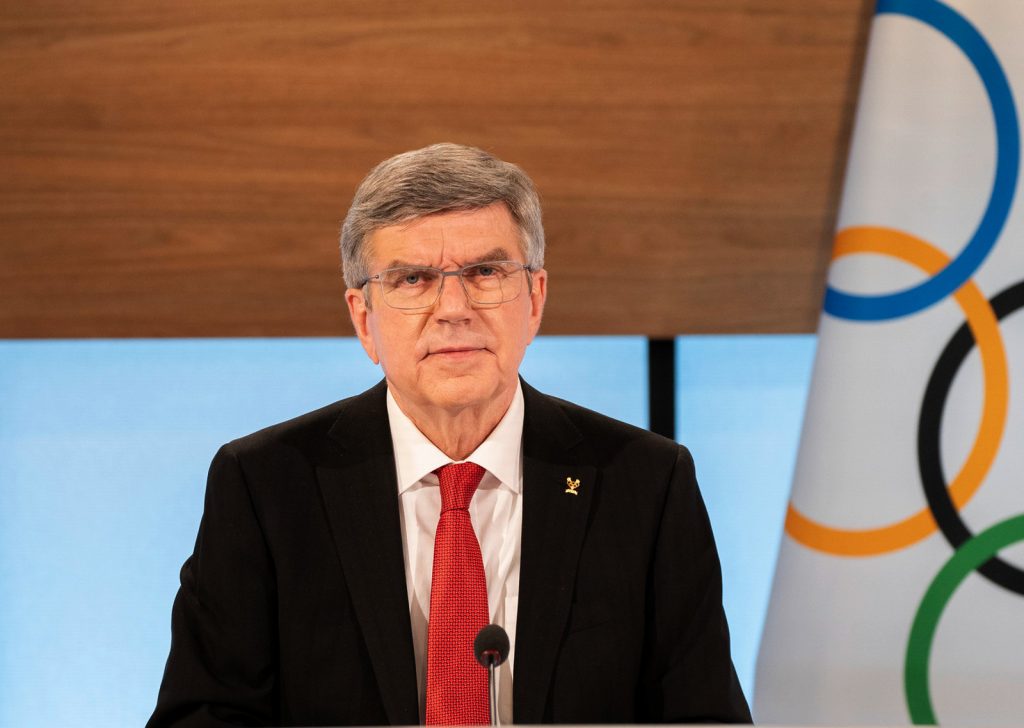 Thomas Bach has been the head of the IOC since September 2013. His first, eight-year term will end after the Olympic Games in Tokyo, which were postponed in 2020 due to the coronavirus pandemic. In accordance with the decision of the IOC Executive Board, the elected President will take office and start a new term in August 2021.

The leadership of Thomas Bach involves a very difficult and demanding time for the World Olympic Movement, a global pandemic, which paralysed many areas of life, including sport. For the first time in history, the Olympic Games were postponed; so far they were cancelled in 1916, 1940 and 1944 due to the world wars.

The President of the International Olympic Committee is a gold medallist of the Olympic Games in Montreal in the team fencing tournament. Professionally, he is a lawyer. He has visited Poland many times during his term, emphasising not only his special bonds with the Polish Olympic Committee but also a very good cooperation and friendship with the President of the NOC of Poland.

Thomas Bach took part, among others, in the Gala of the 100th Anniversary of the Polish Olympic Committee. In 2019, he received a title of the Doctor Honoris Causa of the University of Gdansk.

A congratulatory letter to Thomas Bach was sent by Andrzej Krasnicki, the President of the Polish Olympic Committee, in which he emphasised openness to further cooperation and involvement in building the Olympic Movement based on universal values and Olympic solidarity.

– Dear Mr President, on behalf of the Polish Olympic Committee, I would like to congratulate you on the election for the next term. It involves an extremely difficult time for sport, which demands great commitment and special care for the safety of all participants of the upcoming Olympic Games. We can witness your great work, also the diplomatic one, to ensure that the Olympic Games in Tokyo are organised not only at a high level, but also safe for all competitors. We are glad that the International Olympic Movement has a great leader during this difficult time, who has taken responsibility for organising Olympic events and leading the Olympic Movement in a global crisis.

Thank you for remembering Poland and the Polish Olympic Committee. It was a great honour to host you at the Gala of the 100th Anniversary of the Polish Olympic Committee. I am convinced that together we can and we will build a strong Olympic Movement, and that the Olympic Games in Tokyo will be successful and safe despite many adversities. I wish you good luck in achieving your goals, good health and consolidation of the sports world around common ideas and values, wrote the President Krasnicki in the letter to the IOC President.

The 137th session of the International Olympic Committee is the second remote session in the Olympic history. The President Thomas Bach summarised the state of preparations for the Olympic Games and emphasised the extensive support the International Olympic Movement has received from the Japanese Government, the United Nations and the leaders of G20 and G7 regarding the process of preparation for the Games.

The President of the IOC emphasised in his speech the great involvement and great work of the International Sports Federations, which have organised over 270 the most important sports events, the World Championship or the World Cup with over 30 000 athletes, since September 2020. All of them had stringent health and safety protocols, including tests regimens.

– None of those events was a source of the epidemic development. We have a clear and obvious evidence that it is possible to organise big international sports events with a large number of participants and protect everyone’s health at the same time. This is a good forecast for Tokyo, said the President Thomas Bach.

He also expressed his gratitude to the Government of Japan, the Tokyo Metropolitan Government, the Organising Committee, athletes, International Federations, National Olympic Committees, IOC partners and broadcasters for their commitment to success of the Olympic Games Tokyo 2020.