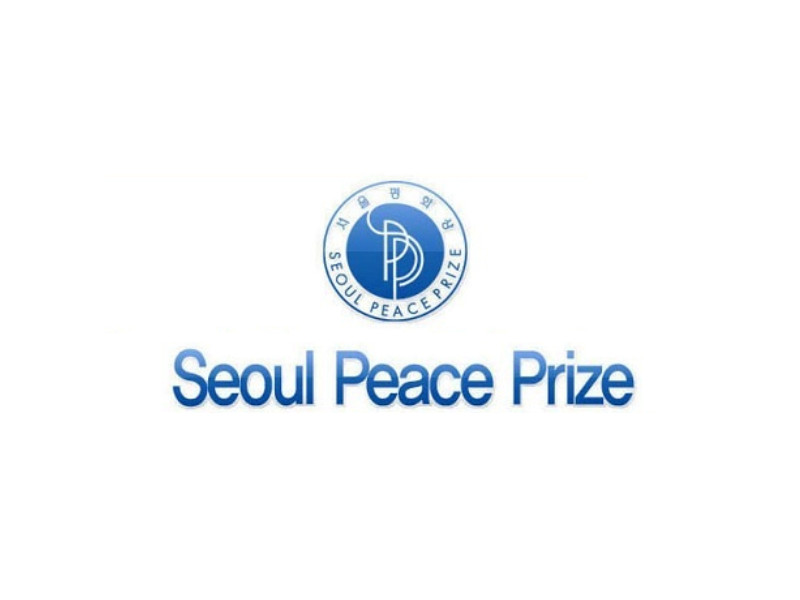 IOC President Thomas Bach received the prestigious Seoul Peace Prize on Monday. President Bach joined the ceremony virtually from Lausanne, with the award collected on his behalf by the former Secretary-General of the United Nations, His Excellency Ban Ki-moon.

Presenting the award, Seoul Peace Prize Cultural Foundation Chairman Yeom Jae-ho said: “IOC President Thomas Bach is a man who carries the mission of the Olympic spirit to achieve peace through sport; an example who truly lives what he teaches.” He went on: “President Bach has promoted friendship and harmony around the world. He has greatly contributed to resolving conflict and division in many regions through the practice of sport. In doing so, he has proven himself to be a great Olympic champion who dedicates himself to peace.”

“Contributing to peace through sport in the Korean Peninsula and Northeast Asia”, with the 2018 Winter Olympics “serving not only as an Olympic symbol of peace, but also as a stepping stone for peace”.
“President Bach has continuously supported refugees through the creation of the Refugee Olympic Team and the Olympic Refuge Foundation. He contributed to promoting the human rights of refugees by raising global awareness of refugee issues and renewing the world’s perspective on refuges.”
“President Bach led the internal reforms of the IOC through Olympic Agenda 2020. This roadmap also contributed to peace and cooperation among states.”

In his acceptance speech, President Bach told the audience: “The purpose of the Olympic Games was always to promote peace through sport. When Pierre de Coubertin founded the International Olympic Committee in 1894, he was supported in this mission by the presence of six future winners of the Nobel Peace Prize.”

He went on to say that, since then, the IOC had pursued this mission, but “like other peace movements, the Olympic Movement has sometimes fallen short. In our efforts to build a more peaceful world through sport, sometimes we have failed, and have been failed”.

President Bach emphasised that, while sport can open the door to dialogue about peace, “we know very well that sport alone cannot create peace”. He added: “We cannot take decisions on war and peace. This is the realm of politics and not of sport.”

The role of the Olympic Games, with regard to peace, is to “set an example for a world where everyone respects the same rules and one another. They can inspire us to solve problems in friendship and solidarity. They can build bridges leading to better understanding among people.”

To achieve this universal message of peace, the IOC is promoting worldwide solidarity and inclusivity, and embraces diversity as an enrichment to society.

On governance reforms, President Bach emphasised that “our ability to make a difference in the world rests on our credibility and integrity. For this reason, good governance is a central feature of Olympic Agenda 2020”.

For the full text of the IOC President’s acceptance speech, click here.

The Seoul Peace Prize comes with a USD 200,000 prize which the President will donate to the Olympic Refuge Foundation and three other social charities. The award has had a number of illustrious previous winners, including Kofi Annan, former Secretary-General of the United Nations; Václav Havel, former Czech President; Médecins Sans Frontières (MSF); German Chancellor Angela Merkel; and Ban Ki-moon, former Secretary-General of the United Nations.

Speaking after the award, President Bach emphasised: “This prize belongs to the entire International Olympic Committee and all of the Olympic Movement. Without their tireless work and all the support of so many from all around the world, these achievements for peace through sport could never have been accomplished.”

Congratulating President Bach, the Prime Minister of the Republic of Korea, Chung Sye-kyun, said: “President Bach played a fundamental role in transforming the Olympic Winter Games PyeongChang 2018 into the Peace Olympics, putting them beyond all political tensions as a symbol of hope.”

Collecting the award on behalf of President Bach, the former Secretary-General of the United Nations, His Excellency Ban Ki-moon, highlighted the creation of the first Refugee Olympic Team at the Olympic Games Rio 2016: “It was an unprecedented and monumental event in modern Olympic history. I still vividly remember the cheers as the Refugee Team entered the stadium. It was a truly inspiring moment.”

The International Olympic Committee is a not-for-profit independent international organisation made up of volunteers, which is committed to building a better world through sport. It redistributes more than 90 per cent of its income to the wider sporting movement, which means that every day the equivalent of 3.4 million US dollars goes to help athletes and sports organisations at all levels around the world.