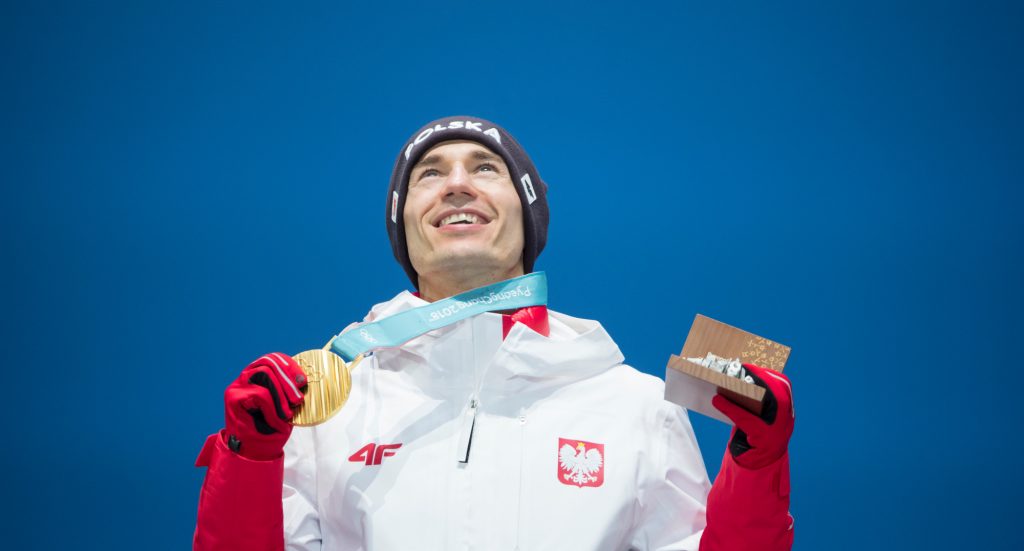 It was the fourth Four Hills win by a Polish jumper in the last five years, with Japan’s Kobayashi Ryoyu in 2019 the outlier.

“Everything went well, there was very good ski jumping today, this is another huge award for all the work I did, and also for the whole team,” Stoch told FIS.

“I’m really thankful to the whole team for all their work and support, they have done such a good job.”

Stoch went into the fourth and final event leading teammate Dawid Kubacki by 15.2 points, and pulled clear after the first jump.

The two-time reigning Olympic large hill champion sailed out to a leading 139 metres and 150.9 points in his first attempt, adding more than 17 points to his lead over Kubacki.

Germany’s Karl Geiger moved into second in the Four Hills standings after the first jump, but Stoch’s overall lead of some 30 points heading into the final jump meant the German was only jumping for an event podium.

Stoch nailed his final jump of 140 metres, which netted him a second round score of 149.8 points and a total of 300.7 points, more than 20 clear of Bischofshofen runner-up Marius Lindvik of Norway.

Geiger placed third in the event, good enough to secure second place overall in the Four Hills. Kubacki held on to third overall from Halvor Egner Granderud by just 0.4 points.